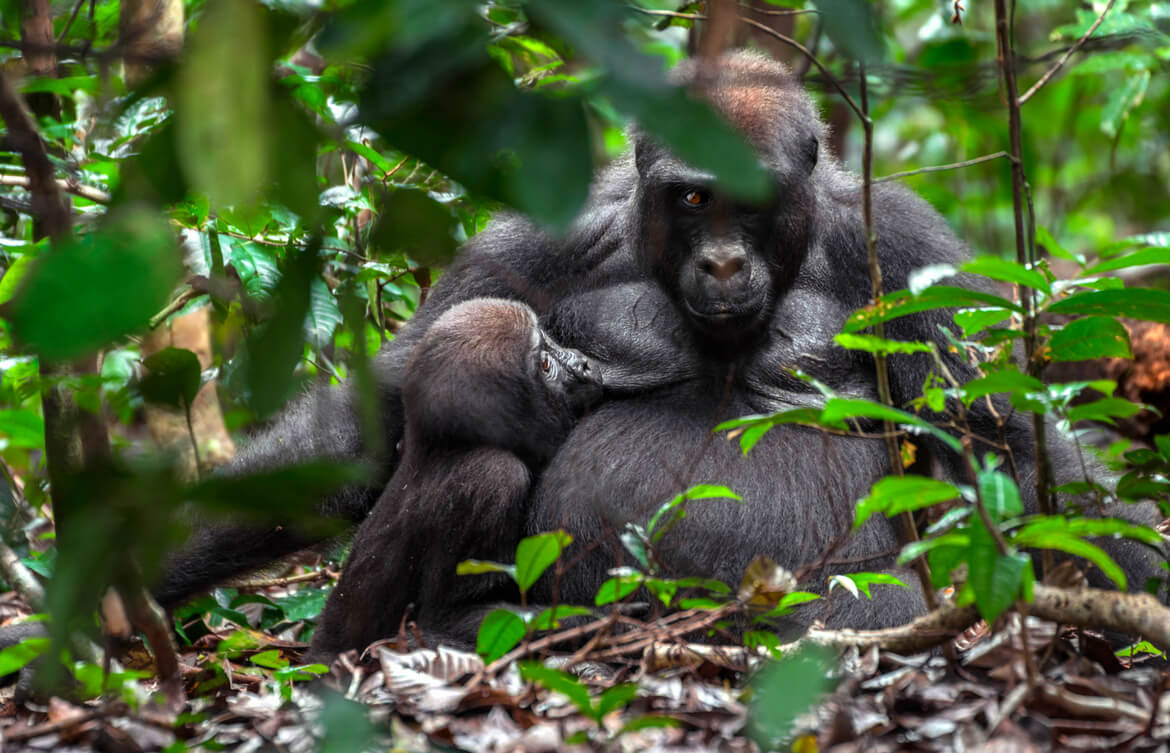 The story of Tarzan — the aristocratic orphan raised by apes who grew up to become lord of the jungle — is as timeless as its setting. To recreate 19th century Africa for The Legend of Tarzan, the movie’s producers looked no further than Gabon.

Lush rainforests, majestic rivers, thundering waterfalls and ancient savannahs. A primal coast with wild, overgrown jungle and where, just beyond the isolated shores lie forgotten shipwrecks — ghosts from another time. Ancient tribal routes that pass by wildlife at every turn — hippopotamuses and crocodiles in the mirrored mangrove waters. Gentle gorillas coming out from the shadows of dense rainforests. Long-tailed monkeys and chimpanzees peering down from lofty treetops. Herds of forest elephants wading in lagoons and rivers.

Midnight serenades of insects and tree frogs. A place for dreams.

Such a setting inspired Warner Bros to feature Gabon’s wild terrain in The Legend of Tarzan [2016] — a story so enmeshed in equatorial Africa’s epic tales and local lore.

First published in 1912 as Tarzan of the Apes by the American writer, Edgar Rice Burroughs for a pulp magazine, the story went on to stoke the imagination of its readers at the height of European and British colonisation of Africa. By the 1940s, Tarzan’s adventures among the apes [“White Skin” as he was called in ‘ape dialect’] continued in 22 successive novels and a swag of Tarzan movies starring former Olympian, Johnny Weissmuller. Burroughs died in Los Angeles, in 1950.

Despite the celluloid gloss, many Gabonese believed that the fictional character existed in real life, with Tarzan’s roots firmly ensconced in a tribal deity called Tiarzum. Yet Burroughs never connected the story to an actual place.

The author’s unconventional tale began in 1888 on the West African coast with the marooning of aristocrats, Viscount and Lady Greystoke and their young baby son, John Clayton II.

Upon the death of his mother and slaying of his father by a “mangani,” [a fictional ‘king’ ape as described in the story], the boy is rescued by a maternal ape and raised with her extended brood where he becomes lord of the jungle. 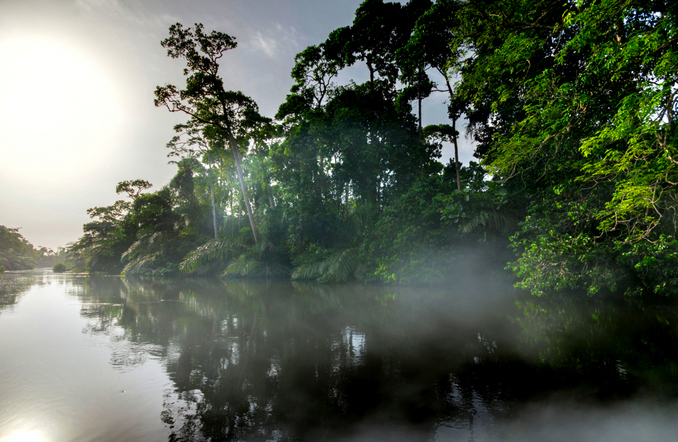 For the 2016 film adaptation, executive producer and director, David Yates wanted to capture the grandeur and savagery of 19th-century West Africa despite filming the production on two massive sound stages at Warner Bros’ studios near London. A larger-than-life montage of dramatic frames entwined with the mercenary machinations of colonisation and Tarzan’s mythical world among the apes. But how to capture this? Yates struck gold when he was persuaded by documentary filmmaker and conservationist, British-born Josh Ponte to film on location in Gabon.

Working with the late President Ali Bongo’s administration on Gabon’s national parks at the time of the production; Ponte had also worked as a project administrator with the Gorilla Project, an orphanage based at Mpassa and run by the Aspinall Foundation. Appointed as the production’s technical advisor on the gorillas, Ponte’s government connections also paved the way for a second unit to capture plate shots of untamed forests and roaring waterfalls in the presidential helicopter.

Using high-definition aerial footage from a specially-designed rig of half a dozen RED 6K cameras — often suspended from a helicopter by a 50-foot wire, some of the most incredible aerial shots ever captured of Gabon were superimposed into the film. Images of the rainforests that propelled both Tarzan and the audiences back to the heartland. A journey of reckoning.

For Gabon, however, the movie was just the ticket that propelled its natural splendour into the spotlight.

Produced by Warner Bros, The Legend of Tarzan stars Alexander Skarsgård as Tarzan and Margot Robbie as Jane along with Christoph Waltz and Samuel L. Jackson.

Footnote: “Mangani” apes were a figment of Burroughs’ imagination. Gorillas are gentle creatures and live in well-structured ‘troops.’

Coming Up: Acclaimed actor, Samuel L. Jackson who recently traced his heritage back to Gabon’s Bantu tribe, was in the country last July to film, “Enslaved,” a six-part documentary series on the West African slave trade. We take you to the locations where the actor filmed.